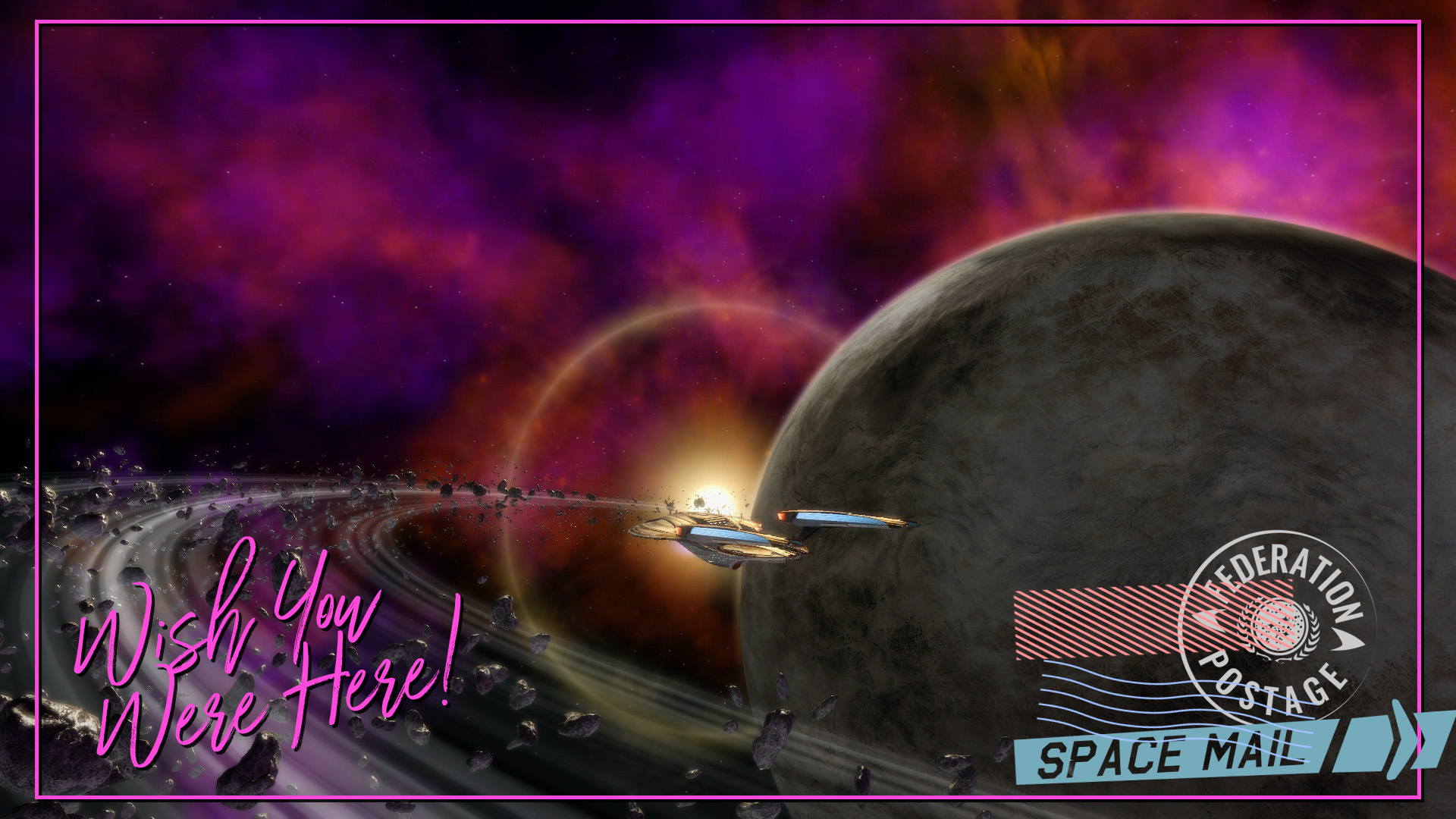 Ship and crew are faring well. In fact, morale on-board is particularly high as the crew is excited for a little break while the ship’s hull undergoes a massive overhaul. Starfleet promises me they’ll have us back on the road within a week. No rush though. I could use a little time off too after all those missions we had to do to stop the Hur’q.

Some of the Federation’s best fabrication engineers are meeting us at Starbase 74 to oversee the new “paint job” as my first officer put it. I was surprised he knew the human expression. The new design will include dark paneling stripes and some illuminated contours along many of the ship’s edges. Very… futuristic. Which seems fitting as our ship is outfitted with state-of-the-art antiproton temporal weapons and equipment.

It’s not just for looks though. The new hull has functionality too. The plating is infused with Jevonite. From what I’ve read, you can energize the unstable electrons in Jevonite which respond by hardening the materials around them. Or something to that effect. I’m not a member of the Cardassian Science Ministry. Honestly, it was a pretty dry read. In the end, we’ll be able to activate an energy surge that will harden the hull during battles and give us a little more defense.

The starbase is a little over 18 hours away at warp four. I could use that time to read up some more on “Ablative Jevonite Hardpoints” but I’d rather spend that time on the holodeck and not asleep if you catch my drift.