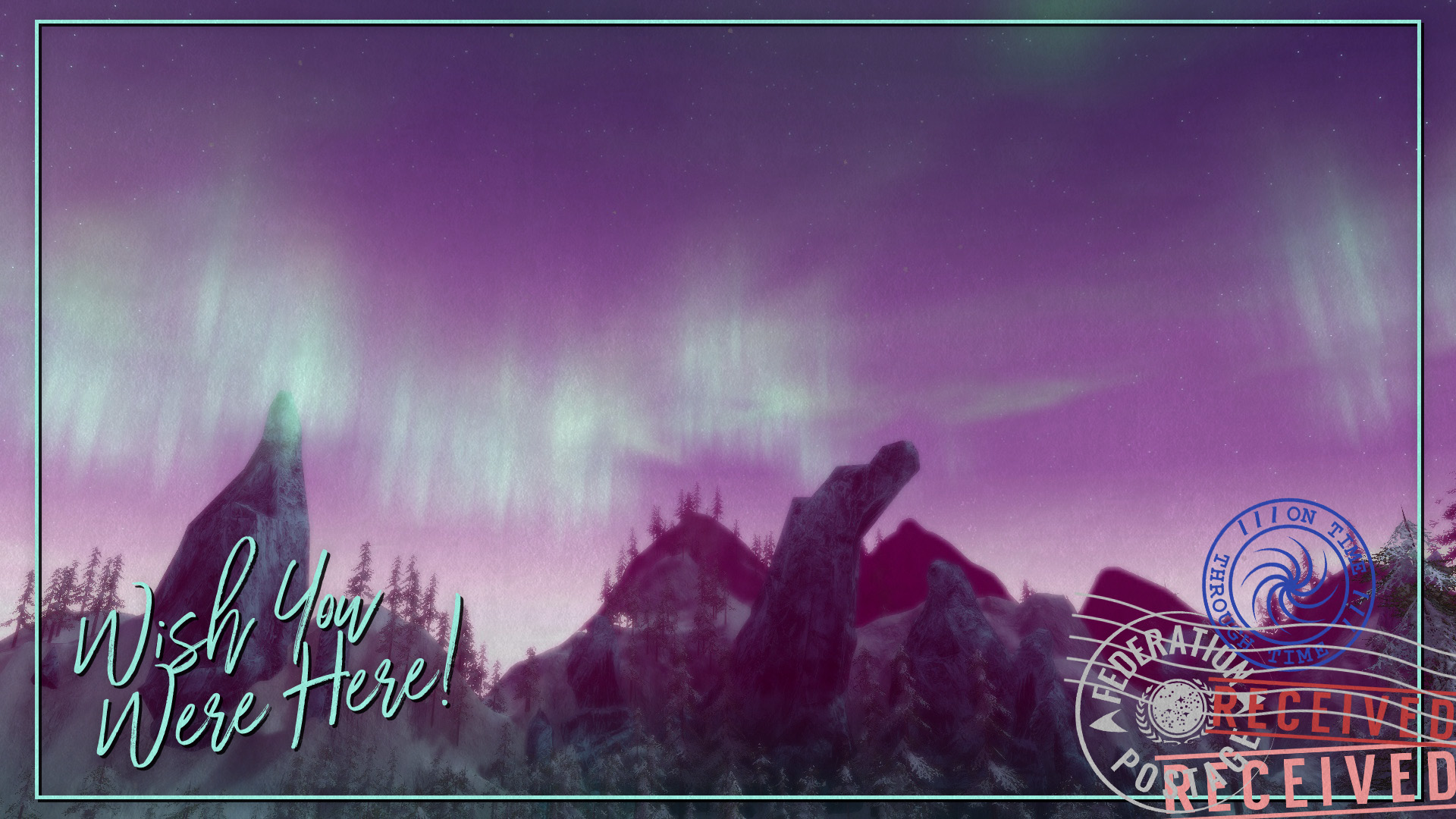 I can’t believe it’s already been a year since I started sending these postcards to document my galactic-gallivanting. Just in time for the winter season, in North America anyway, that Q fellow has returned with his Winter Wonderland. He once again flashed me here without much of a warning. This year however, I came prepared. I’ve got some standard Starfleet gloves to keep my hands warm and a United Federation of Planets scarf to insulate my neck.

Not much has changed since I was here last year. There’s still that creepy gingerbread village to the northwest, people are still foot racing along the icy path that snakes through this area and the snowmen occasionally come to life and get into snowball fights with you whether you like it or not. For the first time this year I purchased a “Snow Blower” as it’s called, to fight back against the snowmen. While it’s a bit heavy, it’s also quite handy and seems to have an endless supply of snow and ice. No need to question such things in one of Q’s fantasies. I mean, it’s used against assimilated snowmen and a 20-foot tall Krampus for crying out loud. I’m glad there’s no shortage of ammo.

I tried my hand, or rather arm, this year at Klingon ice fishing. There’s a Ferengi that hangs out in a giant gazebo near the center of the Wonderland selling all sorts of goods. I bought a fancy gauntlet from him that was guaranteed to attract only the largest of fish in the frozen lake to the east. I might have to visit sickbay if/when Q returns me to my ship. While the gauntlet does most of the work and absorbs most of the impact, having to repeatedly punch through thick ice is pretty rough on your shoulder and joints. I wonder if Klingons get tennis elbow?